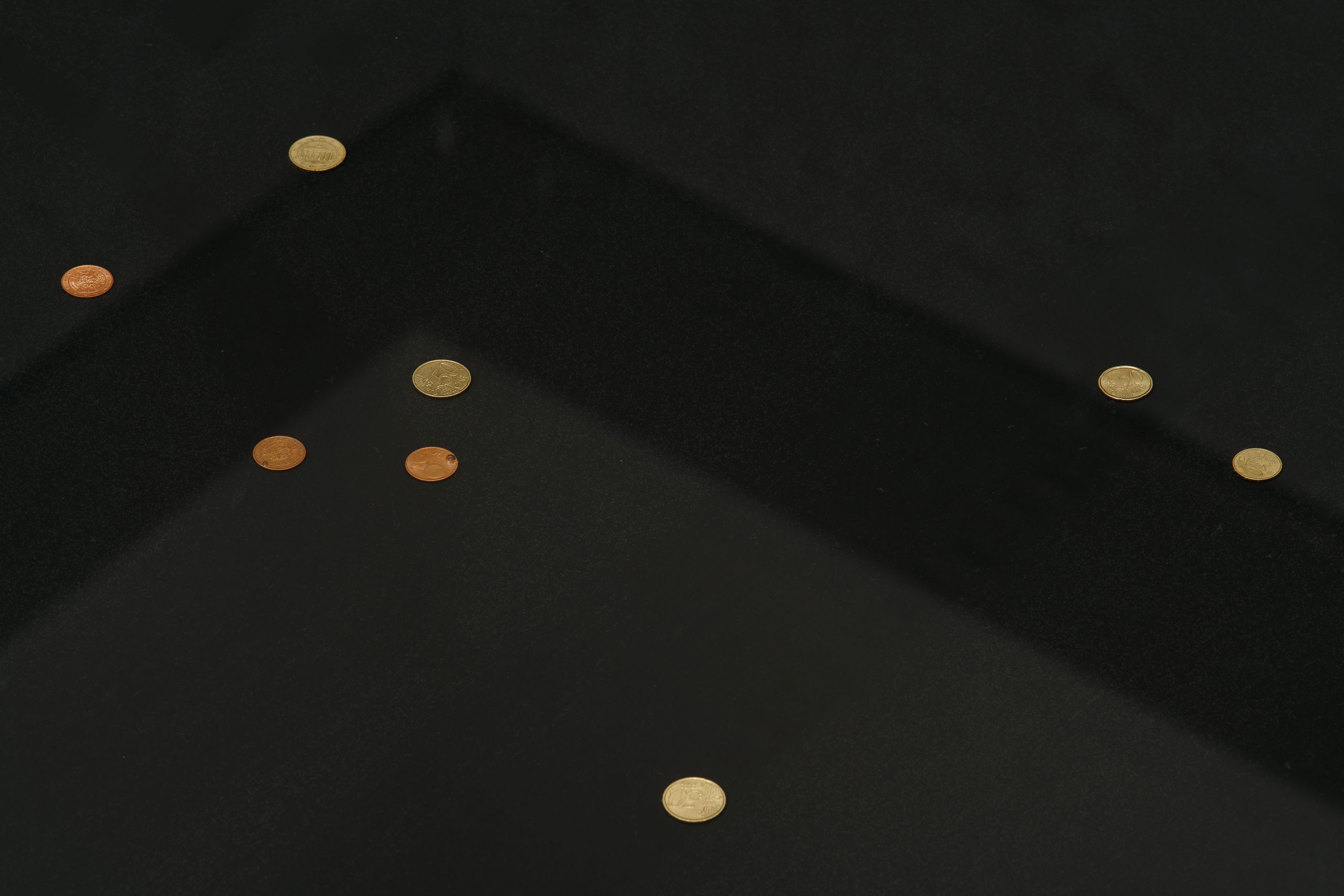 A 65 square metres black vinyl pool, located in the centre of the Romanian Pavilion in the Giardini, is functioning as a “wishing well” where visitors can throw coins, as a widespread cultural and tourist ritual. 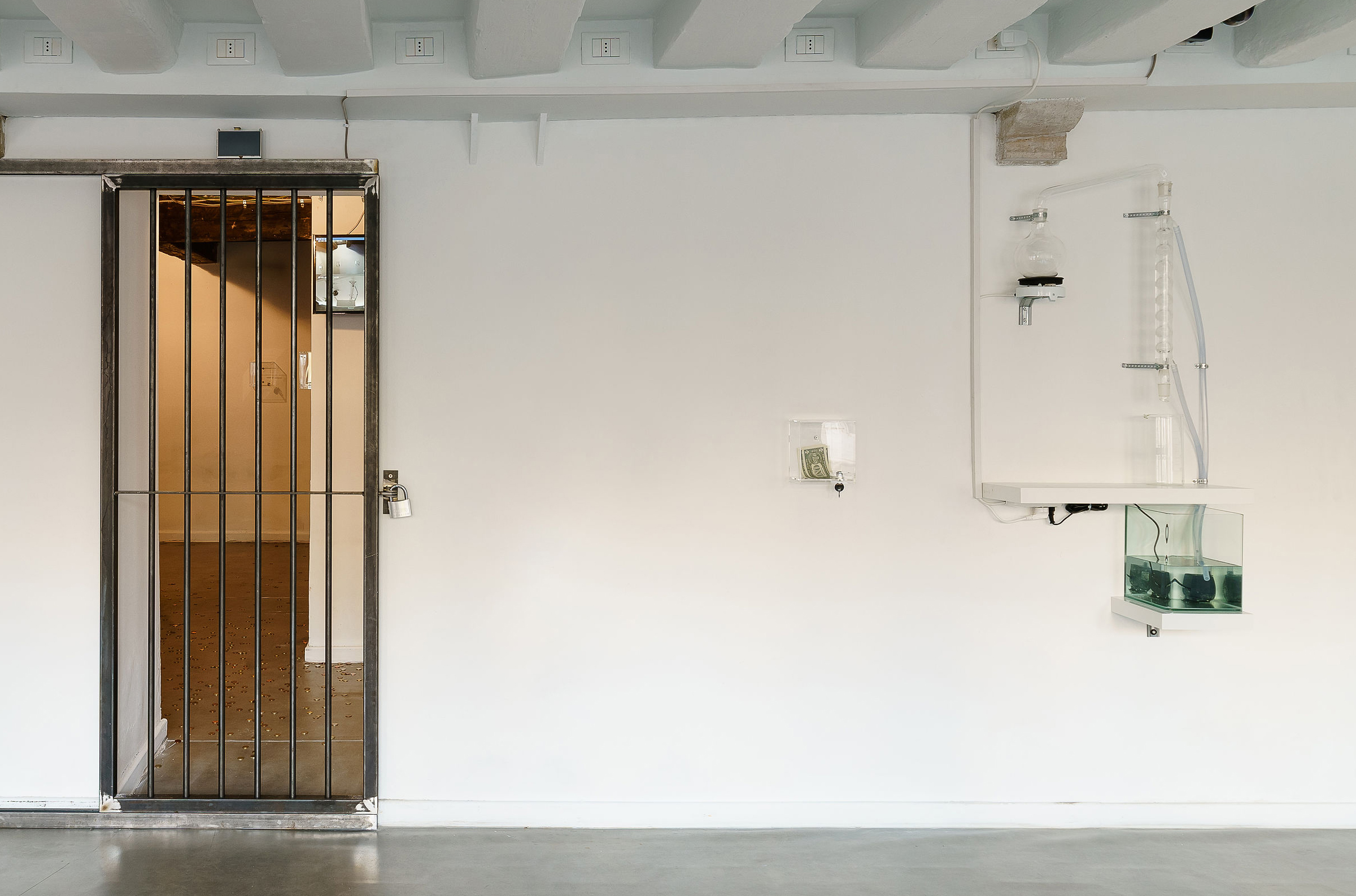 Performative installation based on the distillation of capital. The public are invited to chew dollar-bills and spit the pulp into a glass container. The resulting blend will be distilled and bottled in front of the audience in a series of events scheduled during the biennale at the New Gallery of the Romanian Institute in Venice. 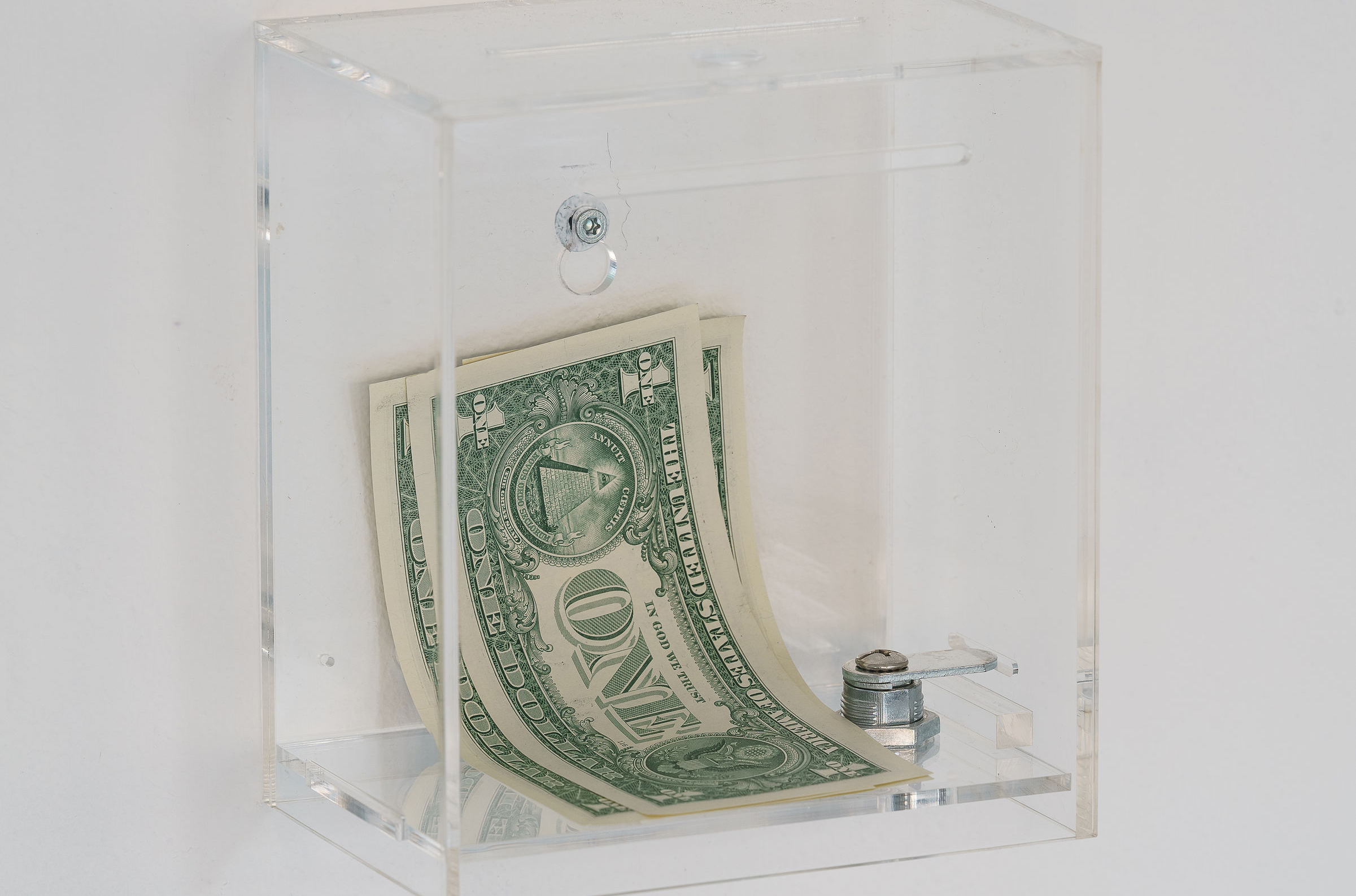 Free association, established during the Venice Biennale by members of the public* with the aim of using all of the money for non-profit purposes. The Associated Public will continue the activity after the end of the exhibition, as long as necessary with the goal of realizing the legacy of the project.